The Arcole DOC came into being in 2000, to embrace a very special patrimony of history and viticulture and in order to confer even higher quality to an area of great traditions, lying on the border between the Provinces of Verona and Vicenza. The special feature of this area is the sandy limestone soil that gives the wines unique features.
Over 2,500 hectares (6,000 acres) of vineyards, 1,500 vine growers and the involvement of 21 different municipal administrations make the Arcole DOC one of the most significant emergent zones within the sphere of quality wine production in the Veneto.
We are not dealing, therefore, with a minor new DOC area, but rather with a well-established zone of some consequence, whose wines have been on the market for some years now and which is indeed aiming to grow in importance.
In the Province of Verona, the production zone includes the whole of the communes of Arcole, Cologna Veneta, Albaredo d’Adige, Zimella, Veronella, Zevio and Belfiore d’Adige, as well as part of Caldiero, San Bonifacio, Soave, Colognola ai Colli, Monteforte d’Alpone, Lavagno, Pressana, Roveredo di Guà and San Martino Buon Albergo.
In the Province of Vicenza, it comprises the entire municipal districts of Lonigo, Sarego, Alonte, Orgiano and Sossano.
The producers who have decided to invest in this zone are concentrating on renewing their vineyards, revising training systems and plant densities with a view to cultivating absolutely top quality grapes.
They offer red wines of great character, such as the Merlot and the Cabernets (also in Riserva versions), as well as highly complex varietal whites (Pinot Bianco, Pinot Grigio, Chardonnay and Garganega). 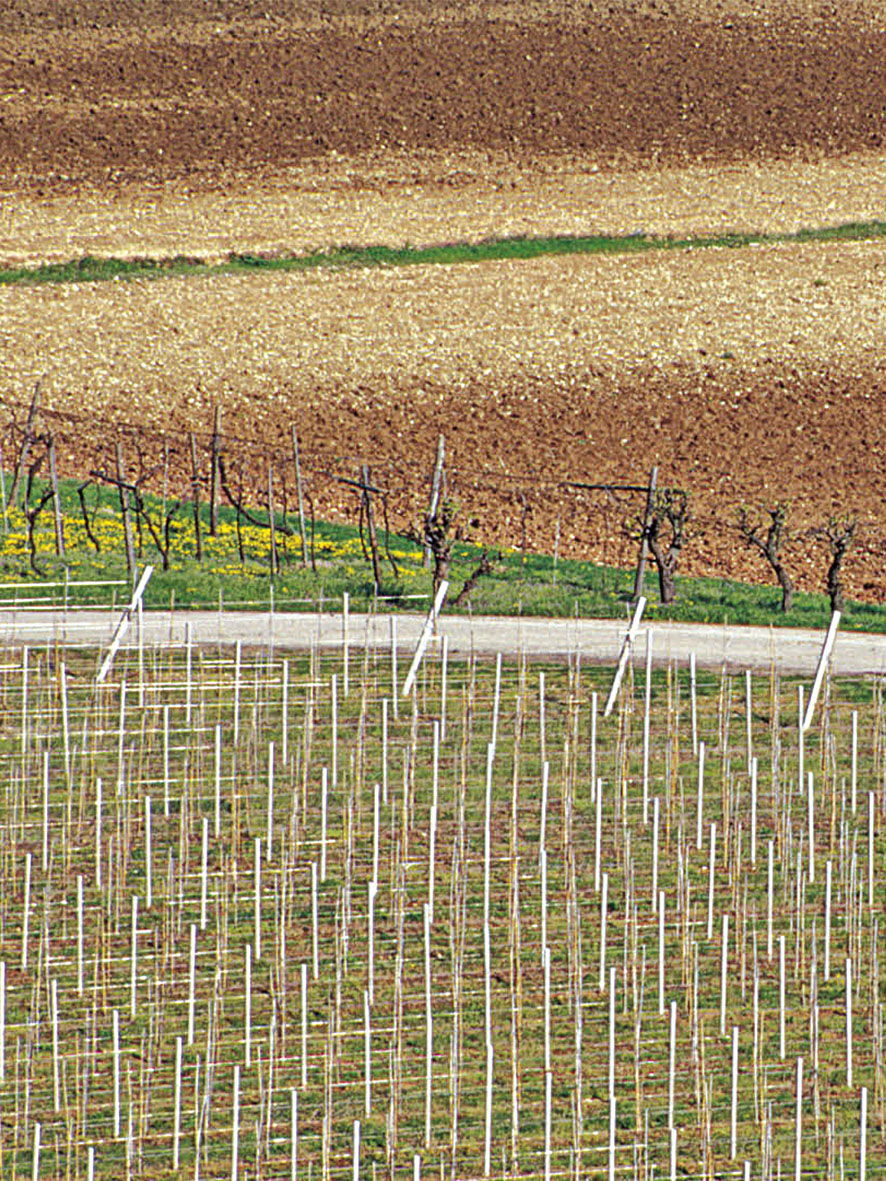 The land is uniformly flat in the south-western part of the area, with all the typical characteristics of an alluvial plain, whereas the hilly zone begins with the Motta range at San Bonifacio.
The soils in the plain, which are ideal for vine-growing, are predominantly “sandy-clayey” in nature. In fact, the plain is made more interesting morphologically by the presence of rises, terraces and escarpments, but none of them have an altitude of more than around ten metres. The soils are deep, sometimes with a substantial sand content.
The morphology of the terrain in the Colognese area on which the Arcole DOC wines are produced may be attributed, substantially, to phenomena of erosion and sedimentation, linked principally to the River Adige and, in the second place to the local watercourses: the Illasi, Alpone, Agno, Guà, Frassine and Fratta.
These soils are composed primarily of sandy deposits and to a lesser extent of gravely ones; in certain places, the sandy deposits contain variable proportions of silt. The areas in which silty/sandy rises crop out and develop in various directions correspond to the former meanderings of the river itself.
Whereas the silt deposits that originated in the Lessini Mountains have a browny-reddish hue, those that come from the Adige, on the other hand, have a light brown-hazelnut colour.
The Arcole DOC zone in the Colognese area enjoys a reasonably regular, continental-type climate, with very hot, sultry summers and cold, foggy winters.
The highest temperatures are to be found from around 10th July-10th August, and the lowest in January.
The variation in temperatures in the course of the year is fairly marked, whilst the fairly limited rainfall is spread out throughout the year. 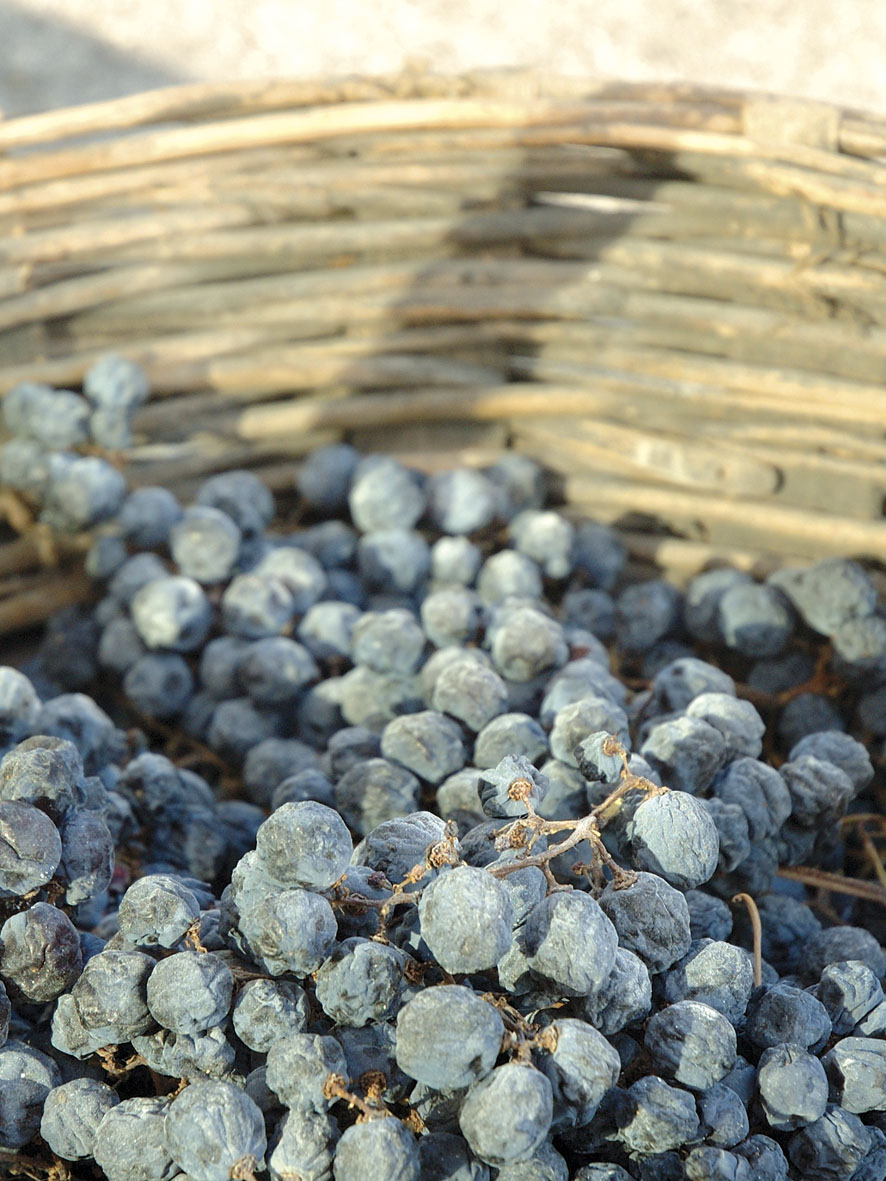 As for the technique of partially drying the grapes (“appassimento”), the production of dry and sweet red wines made from grapes that have been withered in this way is an ancient and very widespread practice. In fact, this production technique was introduced by growers who moved long ago from the nearby classic Veronese DOC zones, where this practice has been established for hundreds of years.
Traditionally in this area it is red grapes that are dried. Bordeaux grape varieties were chosen because they are popular and because Merlot and Cabernet are more suited to the terroir of the Arcole DOC zone than the classic indigenous varieties of Verona (Corvina , Rondinella and Molinara). The techniques of drying, fermentation and ageing are similar to those in the Valpolicella area, except that here the grapes are dried for between 30 and 90 days. Drying is shorter because the grapes that undergo the process have a higher potential alcohol content.
The wines obtained after ageing for one or two years in wooden casks or tanks have a deep colour with purple hues, and their scent becomes fruity and ethereal. On the palate they are broad and well-balanced, with spicy and balsamic hints that are perfectly well-knit with gentle tannins.
During bottle-ageing the colour evolves towards a classic garnet shade and the aromas and retro-nasal sensations take on ethereal notes of red fruit (cherries and plums) in alcohol.
This is the Nero d’Arcole, an ambitious wine that goes to show what has been accomplished in this area since the recognition of this young DOC.